FREE SHIPPING ON ALL ORDERS

In mid-2017, when Utah artist David Frederick Riley began creating large-scale, monochromatic paintings of western wildlife in his studio, he viewed it as nothing more than an opportunity for some free-spirited experimentation. The former illustrator and Savannah College of Art and Design alumnus had already found success as a traditional portrait artist. “When I started playing around, it was for fun,” confesses Riley. “I simplified my color palette and gave myself a whole lot of free range to experiment with throwing paint at the canvas.” 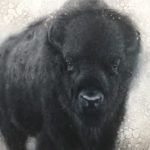 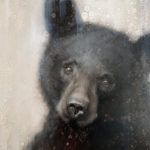 Riley’s painterly experiments “got such a good response from the people who saw them,” he says, “that I sold five of my first pieces without even putting them in galleries.” His expressive new style also attracted the attention of several top western fine-art galleries that now represent him. Most of the artist’s paintings these days are built from just three colors—transparent red oxide, ultramarine blue, and white—and he also incorporates generous splashes of mineral spirits. Many of his pieces portray the wildlife around his home in Park City, including elk and bison, but Riley has also been creating Native American portraits using historic photographs for reference. “There’s a part of painting for me that’s about getting a likeness, and then there’s this other part,” he says. “I’ll paint my subjects until they look back at me. It’s almost more about trying to represent the spirit of an animal or person, as if you just bumped into them in the astral plane.” 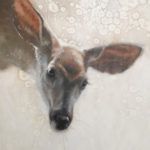 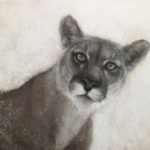 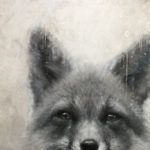 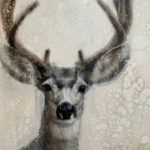 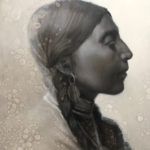 Use overlay text to give your customers insight into your brand. Select imagery and text that relates to your style and story.

Join us and get nice things

*By completing this form you're signing up to receive our emails and can unsubscribe at any time.